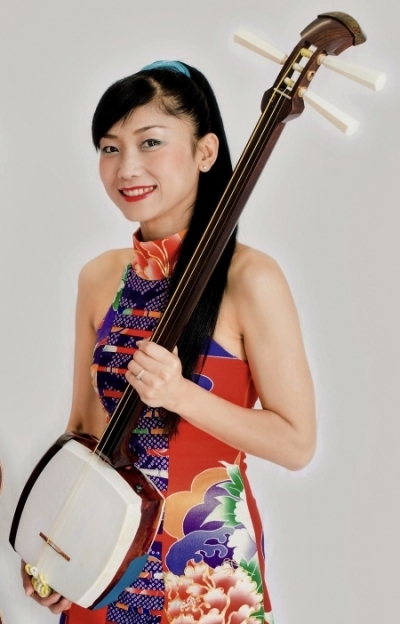 Noriko Tadano is an award-winning, virtuoso master of the Japanese shamisen (a 3-string, banjo-like instrument) and a traditional Japanese vocalist, who has performed all over the world. She has been playing shamisen since she was 6 years old and performs both as a soloist, as well as in collaborations. Noriko's ability and drive to cross over between traditional and modern Japanese music has recently seen her perform with renowned world musicians as well as traditional Japanese artists.

Noriko also performs traditional Japanese songs (Minyo) which depicts the life and feelings of 'older' Japan, centering on the themes of love, family and the close connection with nature.

Noriko pioneered Australia’s first Shamisen group in 2005 and was recently an audience favourite and finalist on the ‘Australia’s Got Talent’ TV program. Noriko’s work has also featured in commercials, short films and international theatre productions.